Why going it alone can make us happier

Why going it alone can make us happier 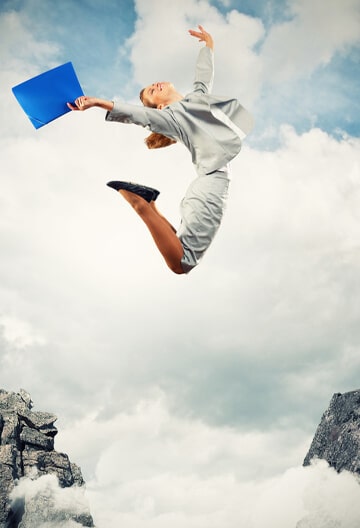 “When you wake up in the morning, Pooh,” said Piglet at last, “what’s the first thing you say to yourself?” “What’s for breakfast?” said Pooh. “What do you say, Piglet?” “I say, I wonder what’s going to happen exciting today?” said Piglet. Pooh nodded thoughtfully. “It’s the same thing,” he said.”

Not if you are self-employed, Pooh!

Statistics show that people who work for themselves are generally happier at what they do than those who work for ‘the man’ – even if they take home a little less in their pay packet each month during the early stages of their business.

According to figures published by REC and Companies House, more than 9,000 new recruitment businesses were registered over the last two years. Of course, not all of these will have gone on to formally open their doors, however, it is safe to assume that a great number did.

All of which point to a strengthening sector that is seeing an increasing number of recruiters spot the opportunity to jump ship and swim the seas to what many perceive to be their own career nirvana as a recruitment start-up. So we did a little research and here is what we found.

Recent research undertaken by the think-tank Bright Blue found that more than three-quarters (80%) of self-employed people in the UK are ‘overwhelmingly satisfied’ with their work, compared to 74% of their ‘employed’ counterparts. Self-employed people are more ambitious too.

According to the same report, 3 out of 4 new business owners are focused on sustaining a good standard of living, while 13% intend to grow their business as large as possible.

This echoes further findings from the Royal Society of Art think-tank. It found that the rapid growth in the number of people opting to go it alone is because they preferred being their own boss, even though they recognised that they will be expected to work longer hours, take less holiday (if any at all) and could face working in isolation rather than as part of a team.

The key reason for setting up their own business, according to this study, was the ability to find greater freedom in their work or simply to focus their energies in a specific field within their existing industry. This, the research found, translated into happier workers, with 84% of respondents stating that they were more satisfied at work than their ‘employed’ opposites.

Further research carried out by the University of Kent took the Royal Society’s findings a step further. They looked at the key motivations behind someone wanting to ditch the relative safety of their existing employment to enter the world of an entrepreneur.

Their research revealed that the greatest factor influencing a person’s decision to become self-employed was boredom in their current role (61% of respondents), followed by a frustration that they were unable to fully utilise their skills and knowledge (60%) and the mundane nature of doing the same things each day (50%).

But being self-employed doesn’t just make for happier workers; it makes for better off workers too.

Indeed, research by University of California using data for over 250,000 people found that being happy lead to higher incomes, higher levels of productivity and quality of work.

It also has a positive impact on people’s personal lives too, with the same research finding that self-employed people reporting happier and longer marriages, stronger social networks and improved physical help.

Based on all of the above, it is hard to find a reason not to become self-employed!

If you are a recruiter and would like to find out how you can start your own recruitment business, speak to us. We have supported more recruitment entrepreneurs than any other provider on our space, so talk to us to see how we can help you realise your entrepreneurial ambitions.