Why being an entrepreneur makes you happier (and wealthier too)

Why being an entrepreneur makes you happier (and wealthier too) 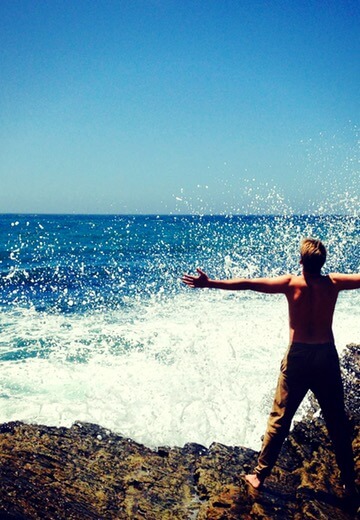 The UK is a nation of entrepreneurs, and if you think that is too much of a sweeping statement just take a look at the number of businesses that have started up so far this year.

Between January and May, a staggering 232,000 new businesses were launched – almost 900 of which were recruitment businesses. So why are so many people shunning the relative safety of working for an established business and opting to go it alone?

One reason could be happiness.

New research published in April claims that self-employed people are happier in their work than their employed counterparts.

The study, conducted by ETH Zurich, sampled 25,000 people on social media and using software to identify whether someone was an entrepreneur or not, they were able to study the emotions that each individual displayed.

They found that entrepreneurs display more positive emotions and far fewer negative emotions. This was especially the case when it came to particularly challenging tasks.

The researchers also found that even in instances of high pressure, such as financially strains or heavy workloads, the level of positivity among entrepreneurs still exceeded that of their employed colleagues.

Further research carried out by the University of Kent looked at the key motivations for people wanting to start their own business.

The main reasons for people opting to go it alone were boredom in their current role (61% of respondents), followed by a frustration that they were unable to fully utilise their skills and knowledge (60%) and the mundane nature of doing the same things each day (50%).

In other words, they were neither happy nor satisfied doing what they were doing, where they were doing it. So they resolved to change it and seek to achieve happiness and satisfaction on their own terms. And why not, especially for those working in recruitment.

Indeed, employer demand remains high, wages are beginning to rise once more, and the main barrier to entry (i.e. lack of finance) has effectively been eradicated by specialist recruitment finance providers such as us.

This perhaps explains why the rate of growth in the number of new recruitment businesses starting up has never been as high as it is right now – currently averaging 221 per month.

But it is the same across all sectors – just take a look at the rise of the so-called ‘gig’ economy.

A report published by PwC in 2016 predicted that by 2020, 1 in 5 UK workers will be gig workers – self-employed contractors. The REC went a step further to suggest that this figure could actually be as high as 1 in 4.

The point is this: more and more people are wanting to take greater control of their careers and to take advantage of the big rewards to be gained by taking charge of their own economic fate through entrepreneurship.

In doing so, as the research shows, they become far happier in their work…and wealthier. Research by the University of California using data for over 250,000 people found that being happy lead to higher incomes, higher levels of productivity and quality of work.

So if the road to greater career happiness lies in entrepreneurship, what’s stopping you from starting out on your own recruitment journey?

If you are a recruiter and would like to find out how you can start your own recruitment business, speak to us. We have supported many recruitment entrepreneurs, so talk to us and see how we can help you realise your entrepreneurial ambitions.