Why 2014 is the Year for Budding Recruitment Entrepreneurs

Why 2014 is the Year for Budding Recruitment Entrepreneurs 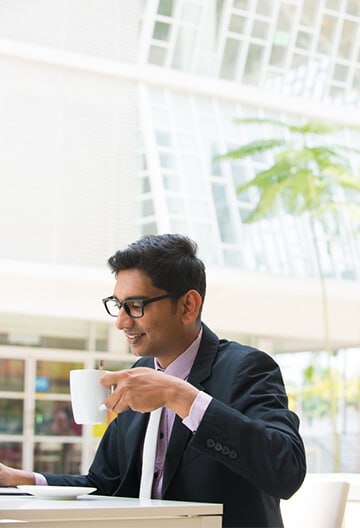 After a cold, miserable and unpredictable winter would you, on a warm and sunny day, stay indoors under your duvet? At Simplicity, we know for a fact that we’d be out in the sunshine, lapping up the first signs of spring. It’s the same story in business at the moment, we are finally emerging from recession and official figures just released show the UK’s economy grew by 1.9% in 2013 – the fastest annual rate since 2007; the year before the financial crisis took hold. Is it time to take advantage of this changing economic climate – just as you would with the weather – and use your enterprising skills to finally put your own foot on the business ladder?

It’s difficult to escape the sense that entrepreneurialism is stirring amongst Brits – a feeling confirmed by research revealing that 1.8 million of us has an aim to start up a new business within the next 5 years. Contrary to the misconception that entrepreneurs are commonly young and independent with fresh ideas, Britain is witnessing a growing surge in what are becoming known as ‘olderpreneurs’. Since 2009, the amount of over 50’s registering as self-employed increased by over a quarter of a million to 1,766,000. An impressive 70% of those businesses then lasted at least 5 years. Further demonstrating that there are no stereotypes when it comes to becoming an entrepreneur, a growing number of females are now deciding to kick-start their careers and become their own boss.

Still unsure? If you have a passion for recruitment and the drive to reach your business goals then why shouldn’t you answer the niggling feeling in your head and take the initiative to add your ideas to the world? Start asking yourself if you have what it takes to be a leader. Are you the one in your recruitment agency relied upon to motivate the team? The one with the real passion for recruitment? Do you find that you have both the personal and professional negotiation skills that leave people satisfied they are agreeing to the correct solution? If you answered “yes” for the most part, then maybe it’s time to act.

Let’s be realistic though – if you are under the impression that becoming a recruitment business owner is a sure fire way to become successful then think again – it takes a focused and decisive person who is willing to learn from their mistakes and gain strength from the negativity thrown at them. If you know that you have something in you that will enable you to rise above your competitors and have confidence in your potential for success, then there is no reason for you not to be noticed.

With the stabling economy, now is as good a time as any to take that leap into ownership. Whether you are already established within the recruitment industry or just starting out as a consultant, the venture into the unknown can be a daunting but very rewarding experience, which can see you reaping the rewards for years to come. The worst thing you can do is ignore what ideas you have in fear of today’s or tomorrow’s risk. Do you think Bill Gates, James Caan or Richard Branson gained their position by sitting on the fence? Realise that you have all the spirit and ambition you will ever have – and feed that fire in your belly. Accept that you are meant to be an entrepreneur.

As clichéd as it may sound, it’s easier than you think to listen to your heart and follow your dreams. The funding and support is already available. Your new recruitment business just needs one thing, one crucial component; you.