Simplicity: Proud to support the next generation

Simplicity: Proud to support the next generation 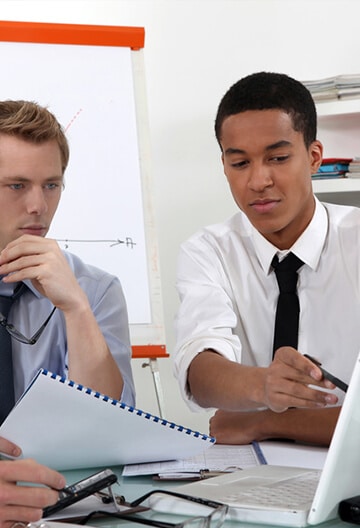 As National Apprenticeship Week launches its 2013 campaign, Simplicity is proud to be at the forefront of apprenticeships in the recruitment sector and Gloucestershire.

Simplicity helped to form – and continues to be part of – the voluntary ‘Forest Inspiration’ group, a collection of companies from all sectors throughout the Forest of Dean focused on promoting the placement and retention of talent in rural Gloucestershire. The company fully backs the National Apprenticeship programme, which celebrates apprenticeships and the positive impact they have on individuals, businesses and the economy.

As part of a number of profile raising initiatives, Simplicity has worked with Forest Inspiration to arrange a careers fair at Lydney Town Hall on 26th April, in which the finalists for ‘Forest Apprentice’ placements (including two within Simplicity) will be interviewed and the winners offered posts.

Tom Atkinson, Chairman of both Simplicity and Forest Inspiration, commented: “We’re delighted to be an integral part of this programme, designed to help support the next generation with their employment. The Forest Inspiration work has been commended by MP and Minister of State for Immigration, Mark Harper, as it’s costing the Government nothing and is getting people into work. We believe there’s no other similar body in the UK and Simplicity, with the other founding Forest Inspiration members, is proud to be at the heart of this initiative.

“We’re looking for an apprentice to work in the Simplicity Accounts department and another individual in Credit Control. We hope that anyone keen to work for one of the UK’s leading suppliers to the recruitment sector gets in touch!”

If you’re interested to apply for an apprenticeship with Simplicity, please email your CV, covering letter and a 300 word letter outlining ‘Why you want to work in the Forest of Dean’ to forest.inspiration@gmail.com by 31 March. Finalists will be announced by 15th April and the winners will be held at Lydney Town Hall on 26th April.