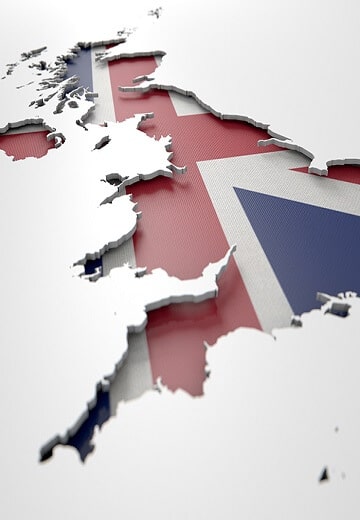 Following the decisive outcome of the December election, a degree of confidence returns to the UK recruitment market. Some businesses decide ‘that they have waited long enough’ and unfreeze hiring plans. For the first time in a year, permanent placements rise. However, many companies are still seeking clarity on the UK’s future trading relationship with the EU before committing to major growth plans. As James Stewart, Vice Chair at KPMG says, ‘UK businesses will be hoping for quick government action to get the UK back on the path to growth’.

Margins decreased slightly in the Financial Sector to 27.33 per cent in Q4.  Despite Brexit fears, the workforce remained largely unchanged. Conditions have been reported as ‘tough’ in areas such as Banking. However, the mood is upbeat for Q1 2020, with volumes in financial services forecast to return to profitability.

Meanwhile, margins in the Accountancy Sector increased by 1.38 per cent to 19.93%. Demand for accountants remains strong with companies looking at implementing new recruitment strategies to attract and retain talent.

There was a 5.55 per cent increase in margins in the Catering Sector to 17.88 per cent, with temporary staff in high demand in December. The Hospitality industry is currently calling for the UK Government to cut business taxes in response to the recent announcement of April’s minimum wage rate increase.

Margins increased slightly to 18.96 per cent in Q4, despite output activity dropping across all sectors of the industry. Clients continued to postpone spending decisions ahead of the election. Regarding employment, there was a non-replacement of voluntary workers. However, there is optimism that order books will pick up again in response to a clear Brexit outcome and major infrastructure plans will move forward.

Margins in the Healthcare Sector increased to 30.47 per cent in Q4. The recent announcement to reintroduce the maintenance grant to student nurses has been welcomed. However, many argue that it doesn’t go far enough to increase student nursing numbers with many areas such as mental health, severely affected by staff shortages.

Margins remained steady at 18.96 per cent in the Industrial Sector in Q4. However, ongoing Brexit uncertainty, trade wars and slower global economic growth continued to negatively impact domestic and export orders in manufacturing. Securing an effective trade deal with the EU, as well as developing the ‘Made in Britain’ brand globally, will be the focus for moving forward in 2020.

The IT Sector saw reduced demand for temporary staff in December, with margins at 17.96 per cent. However, the industry is thriving, with the UK tech sector taking in £10.1 bn in investment this year alone. The market is expected to remain strong in 2020, although eyes will be on the impact of IR35 legislation within the contractor market.

Are you thinking of diversifying into another market sector this year?

Then take a look at the Simplicity Margin Index. This Recruitment Margin Index can help you benchmark your pricing strategy and plan for growth.