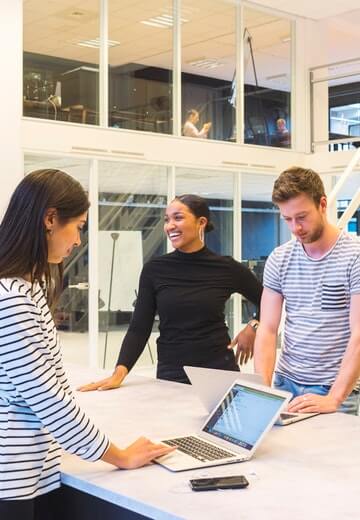 Ongoing political and economic uncertainty mean that people are hesitant to move jobs resulting in low candidate availability in many sectors. With demand exceeding supply for both permanent and temporary workers, the rate of starting salary inflation remains high. As James Stewart, Vice Chair of KPMG, said: “It really is a candidate’s market at the moment”.

Margins in the Accountancy Sector have increased by 2.43 per cent to 18.61 per cent in Q4 and was one of the most in-demand areas for permanent staff in December. As companies are expected to become more risk averse in 2019, the focus will be on protecting cash flow and understanding the impact of various financial scenarios upon the business. Specialists in compliance and business partnering are predicted to be in demand.

Meanwhile, margins in the Construction Sector increased slightly to 13.86 per cent with Civil Engineering projects being reported as the strongest performing area at the end of 2018. Despite some companies not replacing voluntary leavers, a solid rise in employment numbers were recorded across the sector in December. A growing infrastructure pipeline is expected to become a major driver of growth in 2019.

The Engineering Sector was another in-demand sector for permanent staff at the end of 2018. Margins increased to 16.28 per cent in Q4. Brexit and skills shortages are the main challenges facing the sector for 2019.

The 70th year of the Healthcare Sector ended with major concerns about the impact of Brexit upon staffing levels. Margins within the sector dipped to 29.18 per cent in Q4. NHS England recently published its ten-year plan but many argue that a radical overhaul of its recruitment strategy is necessary in order to realise this.

Margins in the Industrial Sector increased slightly to 18.82 per cent in Q4. The growth of new manufacturing orders reached a ten-month high in December as clients started to build up stock levels in case of Brexit disruption. Demand came from home and abroad with export sales coming from the USA, Europe, China, India, Brazil and Africa.

Despite margins slipping by 3.10 per cent to 23.81 per cent in the Oil and Gas Sector for Q4, North Sea exploration is expected to be back in 2019. Development expenditure is projected to reach $7 billion for the UK with an expected twelve project sanctions and up to 15 exploration wells drilled.

Margins in the IT sector remain largely unchanged for Q4 at 17.18 per cent.  2018 saw high demand for big data skills and increased demand for cloud services. A diverse range of skills is expected to be in demand in 2019 from mobile developers, coders, to cyber security and data specialists.