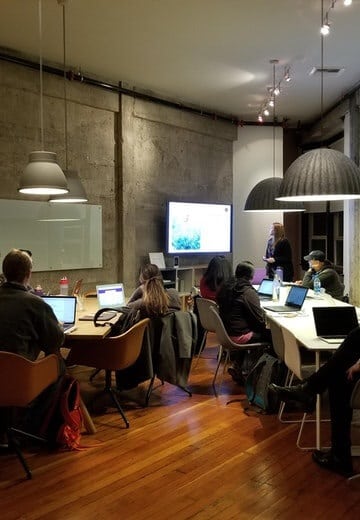 Ongoing Brexit uncertainty is having a major impact on the hiring plans of employers and the willingness of people to change jobs. As Neil Carberry, REC chief executive, said, “Businesses are positive about their own prospects, but ongoing Brexit uncertainty has led many firms to delay projects and hiring decisions.” Despite this, it’s still a candidate’s market in certain sectors where skill shortages exist. However, many employers are looking at temporary staffing solutions until more clarity about Brexit is given.

The Sales Sector saw an increase in margins by 5.77 per cent to 36.68 per cent in Q3. September was reported to be a strong month for hiring. Sales professionals with knowledge of new technologies were in demand. Those who could self-generate sales were of particular appeal to new companies looking to increase market share, in areas such as Fintech.

Margins remained steady within the Construction Sector at 17.10 per cent in Q3. However, ongoing economic uncertainty is prolonging a downturn in building activity across all areas. Companies are also under pressure from rising input costs and competition. As a result, budgets are constrained with staffing levels held at a minimum.

Margins increased in the Financial Sector by 2.04 per cent to 29.19 per cent in Q3. Apart from Brexit, wider structural changes to the Banking sector are taking place which have resulted in cost cutting amongst many of the big banks. However, recruitment is still ongoing within the risk and compliance areas as regulatory requirements increase.

Meanwhile, margins in the Healthcare Sector have increased to 29.01 per cent. Demand for temporary staff in Nursing, Medical and Care remained high in Q3. Student nursing numbers in England are currently falling short of current and future needs. Hence, there are calls for a reform of student funding to better support potential nurses.

The IT Sector remained top of the demand list for permanent staff at the end of Q3 with no major change in margins at 19.04 per cent. Competition remains high for tech talent across many sectors, with the UK still seen as an attractive destination to overseas jobseekers.

Continued Brexit uncertainty, trade tensions and a slowing global economy have created a perfect storm for the Manufacturing Sector. Margins decreased by 3.25 per cent to 18.01 per cent in Q3. A decline in export and domestic orders has resulted in reduced cash flows and constrained budgets. Staffing levels have either been frozen or reduced.

Margins in the Oil and Gas Sector decreased by 0.74 per cent to 24.60 per cent. However, ongoing upstream deal activity in the North Sea, combined with investment in new technologies and efficiency drives, means the mood is one of optimism for the remainder of 2019.