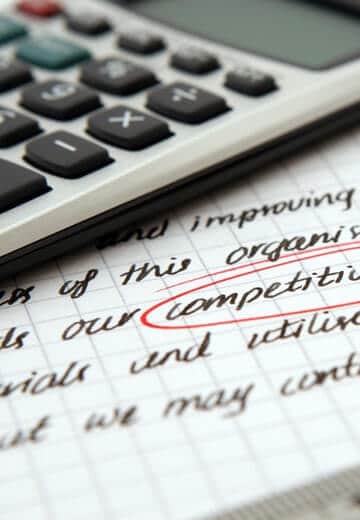 Persistent candidate shortages are driving starting salaries ever upwards. According to the REC, starting salary inflation reached a 41-month peak for permanent jobs during September with hourly rates also increasing for temporary staff. Companies are showing resilience in the face of Brexit uncertainty. However, growth plans are being delayed by many until there is more clarity about future trading conditions with Europe.

Demand for lawyers remains high with an increase in margins of 8.69 per cent in Q3 to 25.36 per cent in the Legal Sector. Advice on the implications of Brexit is being sought by companies from many sectors. With demand currently exceeding supply in the private sector, margins could rise further in the coming months.

Meanwhile, margins in the Construction Sector decreased by 2.11 per cent to 13.36 per cent in Q3. However, an improvement in new orders has seen the use of sub-contractors increase at the end of Q3 as well as many companies seeing a larger than usual intake of apprenticeships and trainees in September.

Margins decreased by 2.52 per cent to 23.08 per cent in Q3 in the Driving Sector. A rise in the National Living wage is reported by some to be having a negative impact on recruiting professional drivers. Brexit worries over trading with the EU and potential immigration proposals also remain key concerns.

Margins in the Healthcare Sector increased by 3.76 per cent in Q3 to 30.74 per cent. NHS vacancies were recently reported as a national emergency with 1 in 11 posts vacant. As a result, the Royal College of Nursing (RCN) is calling for an extensive workforce plan focused on recruitment and retention that links population need to staff numbers.

Although margins in the Industrial Sector reduced by 4.15 per cent in Q3 to 18.35 per cent, UK manufacturing growth rose with companies reporting increased sales to North America and Europe. Jobs growth at SME’s is reported to have offset cuts with larger producers. However, inflationary pressures, supply shortages and a volatile exchange rate persist.

Margins increased by 2.63 per cent in the Oil and Gas Sector to 26.91 per cent in Q3. An improved landscape is reported with major projects recently sanctioned by major players such as BP and Shell. However, low drilling activity and a supply chain squeeze are seen as challenges to overcome if economic recovery is to be maximised.

The IT Sector’s margins dip slightly to 17.27 per cent in Q3. Despite this, IT and Computing were reported to be the most in-demand category for permanent staff in September. Companies are said to be ‘locking in’ key skills that are getting harder to source on a contract basis.