How recruiters can justify high fees: The impact the best candidate has on a business

How recruiters can justify high fees: The impact the best candidate has on a business 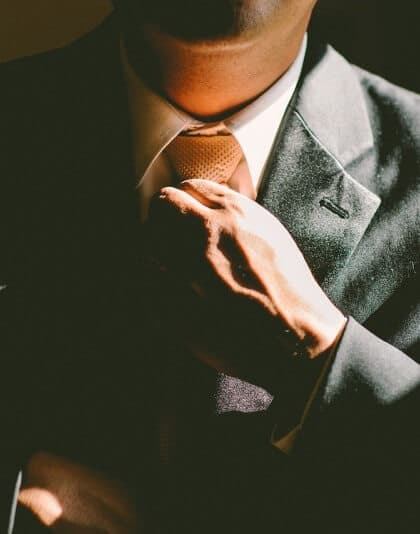 With the debate over executive pay dominating the headlines in recent weeks, the question of how much recruitment agencies are charging their clients is once again beginning to rise to the surface. But is this the right question to be asking in the first place – are we missing the point of what makes a recruiter charge what they do?

At its most basic, the job of a recruiter is this: To match the right candidate with the right role at the right time. Get this simple premise right and the employer gains an invaluable asset who can make a direct contribution to its bottom line. However, get it wrong and the consequences – financially – can be significant.

Indeed, according to the Chartered Institute of Personnel and Development, hiring the wrong person can cost an employer anything between £12,000 and £28,000. Even in today’s relatively buoyant economy, few organisations can take such a hit to their finances.

Of course that can still happen irrespective of whether the candidate was placed through an agency or directly by the employer. However, the likelihood of it happening is reduced when using a recruiter. There are several reasons for this.

Firstly, there is the time factor. Employers turn to recruiters either because they don’t have the internal resource to handle a recruitment drive or they quite simply do not have the time to do it on top of their other responsibilities. Recruiters assume this function and have the capacity to take that responsibility away from the hiring manager and free their time to spend doing what they do best.

Secondly, there is the connections factor. Recruiters by their very nature are relationship builders. They forge a strong network of contacts that enable them to tap into the so-called ‘hidden market’ of passive job seekers who most employers wouldn’t have a hope of ever reaching.

Thirdly, there’s the research factor. Wouldn’t it be great if the perfect candidate came to you each time you had a new assignment to fill – how easy would that make your job? Of course that doesn’t happen, finding the right candidate takes time. Your time will be spent researching those candidates that are both in and on the market, finding out all you can about them and performing all manner of other checks – this is the time that few hiring managers can afford.

Fourthly, there is the screening factor. Because recruiters handle the initial applications, they screen and interview those candidates who make it to the initial shortlist long before the employer gets to see them; thereby, enabling hiring managers to skip the first stage of the hiring process and saving them a phenomenal amount of time in the process.

The above is not a definite list, of course. But just taking these four points alone into consideration and the argument for high fees outweigh those against – should we even be describing these fees as ‘high’ at all? Perhaps not, as the example of executive pay suggests.

When Harriet Green took up the role of CEO at Thomas Cook, the company was on the brink of bankruptcy. Within two years she had turned around its fortunes. When she announced her decision to move on in late 2014, the company’s share value fell by £400m overnight – that is how much value was placed on her influence on the business.

The search firm who placed Green invariably charged an attractive fee for their services, but it was clearly a worthwhile investment. The Board of Thomas Cook knew they needed the right talent to rescue the business and reposition it so that it could grow once more. And that’s what she did. Green’s value was put at £400m yet her salary was a meagre £3m in comparison – 133-times less than her perceived worth.

Admittedly most of you reading this will not be placing candidates who can command a seven-figure salary. However, the amount a person is paid becomes immaterial when their impact on the business is taken into account.

Even if we just take the CIPD’s lowest estimate, the cost of a mis-hire can be £12,000 per person – that’s a cost can be largely avoided by utilising the services of an external recruiter who can provide the level of service required during the critical early stages of the recruitment cycle.