Got to admit ‘It’s getting better, better all the time”

Got to admit ‘It’s getting better, better all the time” 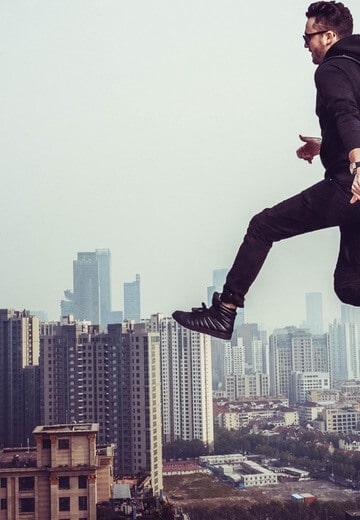 On 1st June 1967, the Beatle’s released what is often described as the finest album of all time, Sgt. Pepper’s Lonely Hearts Club Band. We tend to agree. 50 years later and one of the songs featured on the album beautifully sums up all that is happening in recruitment right now – it’s simply Getting Better.

According to recently published figures obtained from Companies House, unemployment in the UK is at its lowest since 1975, while the number of recruitment firms has passed the 27,000 mark for the very first time.

Although the rate of growth so far this year is slightly slower than in 2016, it remains far in excess that of most other sectors of the economy.

It really is a great time to be in recruitment, and even better to be a recruitment business owner, with an estimated 221 recruiters opting to go it alone each month in the UK.

However, making the transition from being an employee to running your own agency is not simply a case applying your great billing skills to your new venture – there is a whole lot more to it than that.

Indeed, figures obtained from the Office for National Statistics in October 2016 revealed that while 91% of small businesses survive their first year, just 40% make it to their fifth birthday and the primary reason for this is cash flow (or lack of).

When getting started, many new business owners underestimate the amount of money they will need during those crucial early days, and the length of time it sometimes takes their clients to settle their invoices.

As a result, the plans they made on day one quickly change and new agency owners often find themselves taking on the role of credit controller rather than focusing on those tasks that can take the business forward.

So what can be done to overcome this?

Agency owners can easily improve their prospects by taking action to reduce risk of non-payment that results in poor cash flow. The first thing to do is be realistic over when you can expect your first invoice to be paid.

From the moment you generated a new business lead, nurtured the relationship, gained commitment from the client and eventually placed the successful candidate, several months will have passed – perhaps as much as five or six months.

You need to factor how the business will survive during that time – where will the cash come from to pay the bills, your people and yourself? That’s potentially half a year without any new funds hitting your account.

It is important to consider your finance options sooner rather than later. For instance, you could approach your bank for a loan, although you may not want to start your new business with a debt hanging over your head from day one.

Or you could opt to partner with a specialist provider of recruitment finance solutions – that way you can get started immediately without the need to use your own savings or be indebted to your bank before your new venture has even got off the ground.

But choose your finance provider wisely.

A number of agencies that come to us have previously sought support from different finance companies whose poor credit control, suffocating funding caps and concentration limits effectively hindered rather than helped them.

The knock-on effect for these agencies was that the rate at which they could grow was restricted and many report being worried over whether their payroll would even be met each month.

When considering which provider to partner with, make sure they have the credit facility and administrative support in place to fund your requirements.

Without a steady flow of funds hitting your bank account, recruitment owners can very quickly find themselves struggling to invest in their business, pay their workers on time (or at all) or themselves.

At best growth will be heavily restricted, at worst the business may even go under. Partnering with a specialist provider of recruitment finance is a great alternative step for those wishing to secure a more stable financial backing. In doing so, the only restriction to your agency’s growth is you own ambition!

If you want to know more about starting and growing your recruitment business, Simplicity has published a free Getting Started Guide that will give some invaluable hints and tips.