Dave Thornhill’s Blog: Recruitment on the up! So who exactly is doing all the hiring?

Dave Thornhill’s Blog: Recruitment on the up! So who exactly is doing all the hiring? 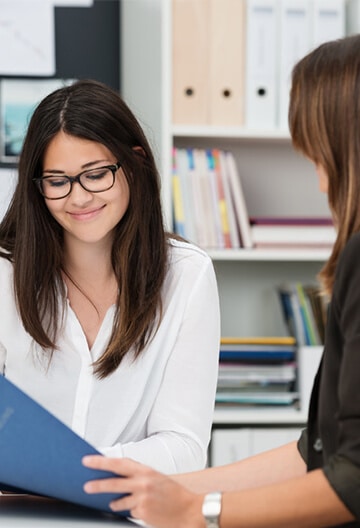 Isn’t it great to open up the pages of any newspaper and read about the companies that are hiring not firing for a change?! That is precisely what is happening right now. The economy is performing better than anticipated and the number of UK employers – and overseas companies coming to this country – are responding by increasing their head counts and boosting the overall productivity of UK Plc.

Indeed, confidence is so high that the REC’s JobsOutlook survey found that 8 out of 10 UK employers are planning to hire more people in the next three months. So which companies are doing the bulk of the hiring between now and the end of Q3?

Capita: As one of the largest providers of integrated professional support services in the UK, Capita is planning to add to its 52,000-strong workforce. Although Capita recruits across all industry sectors, their main drive right now is on key IT roles, such as build and release software engineers, solution architects and business analysts.

Allianz: Allianz is one of the UK and Europe’s leading general insurance providers. Headquartered in Germany (just in case you hadn’t guessed by the name), and with offices around the world, Allianz is currently on the hunt for a number of key roles, ranging from technical claims leaders and claims handlers to underwriters and customer service representatives.

ASDA: Associated Dairies, as the company was known back in the day, is fast-becoming one of the country’s largest employers. Over the next five years the company is on course to creating as many as 12,000 new vacancies, with a recruitment drive kicking off this month. These new roles encompass all areas of the business, from store level positions to back office and management roles.

Coca-Cola: Whilst largely seen as a US-based brand, the company has a significant presence here in the UK too, with over 4,600 employees based in the UK. As a major sponsor of the World Cup, Coca-Cola is embarking on a new recruitment drive to add to its already significant team of sales, management and admin roles.

Hitachi: Although the company may have lost its competitive lead to the likes of Sony and Samsung in recent years, it remains a significant employer nonetheless. The UK has long been a stronghold for the Japanese engineering and electronics conglomerate and the next few months will see them recruit primarily for engineering and management positions.

Amazon: Despite the bad press over supposed UK tax avoidance, the undisputed leader in online retailing continues to be one of the most important employers in the country. Amazon will be creating in excess of 2,000 roles as part of its UK expansion plans.

Holland & Barrett: The market leader within the health food store market, Holland & Barrett has over 620 stores in the UK and Ireland. In response to increased consumer demand in natural food supplements, the company is opening up new outlets all the time, with new roles being created for store managers, customer services representatives and supervisors.

Care UK: Covering residential, community, primary and secondary care, Care UK is a leading independent provider of health and social care – and they’re growing fast. Operating 100 nursing homes throughout the UK, Care UK has recently embarked on a major recruitment drive which will see them take on a further 8,000 workers across a multitude of key roles, such as doctors, nurses, healthcare professionals, carers, support workers, consultants, and facility operational managers, to name but a few.

Norbert Dentressangle: We’ve all seen the red lorries cruising up and down our motorways and you probably won’t be surprised to hear that Norbert Dentressangle is one of the biggest logistics companies in the UK. The company is now looking for drivers, transport coordinators and business development managers to add to its workforce of some 12,800 who operate across 195 sites with 1,800 vehicles, 2,923 trailers and around 2.5 million square metres of warehousing. They’re big, and they’re looking to become even bigger.

KFC: KFC has been expanding at an average of 30 new branches per year, and there are no signs of a slowdown. In 2013 the company announced plans to create 1,600 new jobs and to increase the number of new stores opening from 30 to 40 each year, to the tune of £40 million. This expansion plan continues and the company is still looking for various roles, ranging from team members and restaurant managers to area manager and head office positions.

These companies may be larger than your average business but it still proves that the recruitment industry isn’t showing any signs of faltering. With 34% of employers claiming that they need to recruit more staff in order to meet greater demand, there is no better time for recruitment agencies to excel.

If you are interested in launching your own recruitment consultancy or would like advice on how to finance your growth, get in touch now.